What Is Dysautonomia and the Stress Response? Why Does It Matter? 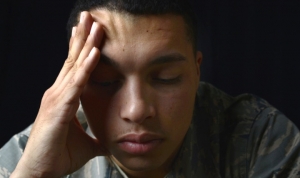 What Is the Difference Between the Parasympathetic and Sympathetic Systems?

The parasympathetic system is responsible for keeping the body in the rest and digest phase.  It is the part of the body that helps it repair itself as well as function at high, healthy levels each day.  A healthy parasympathetic system leads to long-term health and wellness.  The sympathetic system is responsible for our “fight or flight” response, otherwise known as the stress response.  Whenever your body senses a physical or emotional threat, it shuts down regular functions to cope with the threat and turns on the stress response. Essentially, it shifts into the fight or flight mode.  This results in rapid heart rate, increased sweating, and elevated blood pressure.  We always want these systems to be balanced.  Too much of the parasympathetic and not enough of the sympathetic or vice versa will throw our systems off and lead to serious health concerns like dysautonomia.  Lithia Spring chiropractor Dr. Ronnie Bolar focuses on improving the health of the central nervous system through chiropractic care, and this includes the stress response and dysautonomia.

Dysautonomia and Your Health

Dysfunction of the autonomic nervous system is called dysautonomia.  Dysautonomia occurs when the body’s sympathetic system is working overtime and overshadows the parasympathetic system, leading to unbalance.  It is usually not diagnosed on its own but seems to occur in conjunction with other health problems, such as chronic fatigue syndrome, fibromyalgia, or multiple sclerosis.  People who suffer from dysautonomia can attest to the fact that it is a very difficult disease to live with, as it significantly affects your overall health and quality of life, and it can lead to other serious health concerns.  Because the parasympathetic system is suppressed, the body can’t achieve long-term health and struggles to do simple tasks such as digest food, maintain a regular heartbeat, or repair itself during the night.  Constant running of the stress response can lead to symptoms such as brain fog, extreme fatigue, heart palpitations, or dizziness and fainting.  Thankfully, a Lithia Springs chiropractor can help.

Chiropractic Care for the Stress Response

Dr. Ronnie Bolar is a neurologically-based chiropractor in Lithia Springs who focuses on the health of the central nervous system.  Since dysfunction of the central nervous system, including dysautonomia, can be associated with the spine, Dr. Bolar can help.  Spinal misalignments can lead to nerve interference that disrupts the body’s functions, including the parasympathetic and sympathetic systems.  A full neurological examination and regular chiropractic adjustments will remove misalignments and restore nerve function so that the body can operate as it should once again.  If you feel your stress response is working in overdrive and affecting your health, consider chiropractic care.  If you reside in Lithia Springs, Mableton, Clarkdale, or anywhere within Douglas County, schedule an appointment with Dr. Bolar of Vital Life Chiropractic today and see for yourself the amazing results.