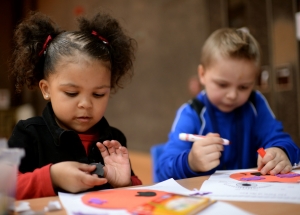 What Can Cause Delays?

Upon initial consultation, Dr. Ronnie Bolar of Vital Life Chiropractic will perform an spinal assessment to locate spinal misalignments and nerve interference. Once you’ve been fully educated on […]

Can Chiropractic Care Support Those With Autism?

Autism is a disorder that affects 1 in every 68 children.  It usually begins to present itself and is diagnosed by the age of 18 months, but some children don’t receive a diagnosis until years later.  Autism affects children in many different ways, but autistic children typically struggle with interacting with others, thinking and playing with imagination, and communication.  The causes of autism remain unknown, but there are some genetic and environmental factors considered to have an impact on the likelihood of a child having autism.  Whatever the cause, the fact remains that it affects the children diagnosed with it as well as their parents, who try to give their children the very best in care and support.  More and more, families are turning to chiropractic care as a means to support those with autism.  But how can a Lithia Spring chiropractor help those affected by autism spectrum disorder?

Chiropractic care from a Lithia Springs chiropractor focuses on spinal health to ensure the body is functioning as it should.  Spinal misalignments disrupt nerve communication in the body and affect how the body operates, including neurological function.  Nerve interference affects the central nervous system, which impacts the immune system and digestive system, as well as bringing about negative effects on social and emotional functions. Removing spinal misalignments can restore neurological function to the sensory, motor, and autonomic systems.  Children with autism often struggle with sickness and constipation in addition to sensory or emotional issues.  Thankfully, gentle chiropractic adjustments from Lithia Springs chiropractor Dr. Ronnie Bolar can restore balance to neurological functions to increase speech and language development and social skills. Chiropractic care will also boost the immune system and restore function to the digestive system for improved quality of life for […]

Chiropractic treatment has transformed the life of Max Willson and his parents. Christina Hopkinson reports

Quentin Willson is not an obvious advocate of alternative medicine. This is the man, after all, who came to prominence as a presenter on that bastion of blokes, Top Gear, and named his daughters Mercedes and Mini. He admits that until two and a half years ago, the most alternative potion he had ever taken was a vitamin C tablet. But after his taking his son Max to see a chiropractor, he has become one of the treatment’s most evangelical exponents. “I’m startled by the difference in Max before and after chiropractic,” he says. “He has gone from being labeled autistic and needing a classroom assistant to becoming an active and feisty seven-year-old in mainstream education.”

Max was born in April, 1998 after a very difficult labor. The umbilical cord was wrapped twice around his neck as well as being knotted and, due to his heart rate slowing, he had to be delivered quickly. To add to his wife’s distress, Quentin was six hours late for the delivery. “I was stuck in the floods on the M40 with no mobile reception. Michaela thought I was dead.”

Quentin and Michaela soon noticed that Max was not developing in the same way that his elder sister Mercedes had done, seven years previously. His eyes didn’t focus, while his hand movements were more unco-ordinated that those of his contemporaries. But it was when Max went into education at four that they began to seek help. “You never want to admit to yourself that you’ve got a backward child,” he says, “but it was clear that he was very, very behind. He couldn’t concentrate, was hyperactive and demanding.” Every childhood hurdle was twice as difficult as it had been for his sister – he […]