The Positive Effects of Chiropractic Care on Blood Pressure 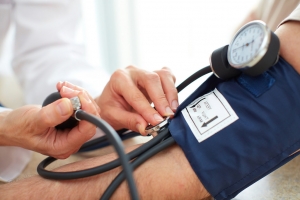 Nearly one third of the US population has high blood pressure, and nearly half a million deaths are linked to high blood pressure each year. It is also a contributing factor in a number of very serious health conditions, including stroke and heart disease.

There are a number of risk factors associated with high blood pressure, most of which are controllable. Obesity, smoking, alcohol consumption, and high-stress levels all make a person more likely to develop high blood pressure, or hypertension. High blood pressure can, over time, lead to tears in the artery walls, plaque buildup from cholesterol, and even higher blood pressure due to smaller blood vessels, in addition to multiple health problems.

Thankfully, multiple studies have been done over the past several decades that have […]

More than 3.6 million Australians over the age of 25 have high blood pressure or are on medication for the condition, but findings recently released by the Chiropractors’ association of Australia indicate there is a non-drug alternative that can lower abnormal blood pressure in healthy bodies by 7.8% – 13%.

According to Dr Laurie Tassell, National Spokesperson for the Chiropractors’ Association of Australia, a chiropractic pilot study involving 80 people found there is a relationship between the upper neck vertebrae and the body’s natural blood pressure control reflexes.

“With gentle chiropractic adjustment to the upper neck, blood pressure can be lowered, with good results measured for older patients in particular,” he said.

Traditionally the causes of blood pressure, according to the Australian Institute of Health and Welfare, have been linked to excess weight, alcohol consumption, physical inactivity, dietary salt intake and nutrition patterns with low intake of fruit and vegetables and a high intake of saturated fat.

Data from the 1999-2000 study of general practice activity in Australia shows that high blood pressure is the most common problem managed by general practitioners, accounting for 6% of all problems managed.

“This is where the results of our finding are significant, because chiropractic spinal adjustments may be able to reduce a patient’s blood pressure and in conjunction with visits to their local GP, the level of prescribed drugs may be significantly reduced,” said Dr Tassell.

A report by the Australian Diabetes, Obesity and Lifestyle Study found that in 1999-2000, more than 3.6million Australians over the age of 25 had high blood pressure, which equates to 31% of men and […]