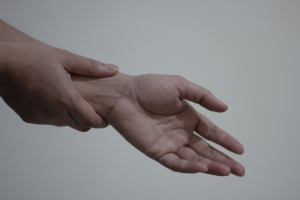 Have you experienced numbness and tingling in the arm or wrist?  Do you feel weak when you try to write or type? Do you have trouble doing normal tasks that involve using your arm and wrist?  You may be experiencing symptoms of carpal tunnel.  Carpal tunnel is usually caused by repetitive movement of the arm, wrist, and hand, such as typing, repeated use of power tools, or repeatedly overextending the wrist such as when playing the piano.  This repeated movement or overextension leads to swelling or inflammation in the wrist, with in turn leads to carpal tunnel syndrome.  This can be an annoyance that affects your job performance or ability to enjoy your hobbies.  Thankfully, a visit to a Lithia Springs chiropractor can be the answer you are looking for to find relief from carpal tunnel symptoms.

Why Do I Have Carpal Tunnel?

The main cause of carpal tunnel lies within the median nerve.  This nerve runs from your hand all the way up the arm.  It goes through the wrist at an area called the carpal tunnel, which is the affected area for this syndrome. Swelling in this area leads to nerve interference that prevents proper communication along the median nerve and exacerbates carpal tunnel symptoms.  While swelling and inflammation is the primary cause, health concerns such as hypothyroidism, arthritis, or diabetes can also cause carpal tunnel problems.

How Can I Manage My Carpal Tunnel?

It can be hard to constantly deal with weakness or tingling that doesn’t allow you to perform everyday tasks to the best of your ability.  For this reason, many people with carpal tunnel turn to medication or even surgery to find relief.  Before turning to an invasive procedure, consider a visit to Lithia Springs chiropractor Dr. Ronnie Bolar.  Chiropractic care […]

Today just about everyone can be affected, but particularly people involved in occupations or leisure activities that require repetitive use of the hands and wrists (i.e., office, skilled labor jobs, tennis, golf or even knitting). Medical doctors commonly prescribe anti-inflammatory drugs, which prove ineffective in most patients and cause adverse side effects in others.

The double crush syndrome is a compression neuropathy characterized by affecting two areas along the same nerve, one usually distant from the other. A growing number of researchers have suggested a correlation between some peripheral neuropathies like carpal tunnel syndrome and cervical nerve root compression another. The nerve is “crushed” or irritated in the spine, “priming” the more distal areas of the nerve for dysfunction when that part is stressed by the second “crush”).

This is the study of 76 patients with CTS (in 139 limbs). Autonomic symptoms were reported in 76 limbs (47 patients). Of these, 59% consisted of swelling of the fingers, 39% dry palms, 33% Raynaud’s phenomenon, and 32% blanching of the hand. Sympathetic skin response (SSR) had a sensitivity/specificity ratio of 34/89% in CTS with autonomic symptoms. The presence of autonomic disturbances was significantly associated with female gender but not age, duration of disease, or clinical severity in a binary logistic regression model.

It appears that autonomic disturbances are common (55%) in CTS, occurring with increasing severity of electrophysiologic findings.

Conservative chiropractic care of cervicobrachialgia Glick DM, Chiropr Res J, 1989; 1(3):49-52 Cervicobrachialgia, also known as “brachial neuritis” or “brachial neuralgia” involves neck and arm pain that can be described as “sharp,” “stabbing,” or “aching,” with acute sudden onset. The pain is in the shoulder blade, the side of the neck and may continue through the upper arm.