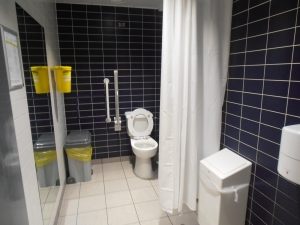 You may feel alone in your Irritable Bowel Syndrome symptoms, but it is actually a common occurrence among Americans today.  In fact, around 55 million people suffer from IBS. This digestive problem can be both painful and frustrating, often times affecting your daily life. While many turn to medication to find relief, medication isn’t a permanent solution. In fact, medication is only masking the symptoms of IBS, not treating the root cause. When taking medication, you are also at risk of experiencing harmful side effects that further add to the unpleasantness of IBS and can bring about additional health concerns. Thankfully, medication isn’t the only option for managing IBS symptoms.  Chiropractic care from a Lithia Springs chiropractor has proven to be very beneficial for those with IBS.  In fact, studies that have been conducted have shown positive results for those suffering from IBS.  In one study, a 32-year-old woman presented with IBS, as well as depression and anxiety.  She had suffered from these symptoms for over 10 years. After just one chiropractic adjustment, she experienced a regular bowel movement, and after being under consistent chiropractic care, she experienced relief from all symptoms of IBS as well as a significant decrease in her depression and anxiety.

Who Is Affected by IBS?

IBS can affect men and women alike, but it is more likely to be seen among women.  Those with IBS have complaints of bloating, gas, stomach pains, and irregular bowel movements.  Similar digestion problems such as ulcerative colitis, Crohn’s Disease, and inflammatory bowel disease may also have similar symptoms related to IBS. Another common similarity among those with digestion issues is the presence of a spinal misalignment. Anyone can have spinal misalignments (also known as a subluxation), and they can disrupt your entire body’s functions and lead to a number of health concerns and issues, including Irritable Bowel Syndrome. Thankfully, Lithia Springs chiropractor Dr. Ronnie Bolar can help.

At first thought, spinal misalignments may seem to have nothing to do with IBS.  But in fact, they have everything to do with causing this health problem and many others. Both medical doctors and chiropractors agree that the primary reason for IBS is nervous system miscommunication.  Spinal misalignments occur when vertebrae push on the spinal cord, causing interference between the brain and the rest of the body’s systems, including the digestive system and excretory system, which are responsible for IBS symptoms.

How Can Chiropractic Aid in IBS Relief?

Scientific chiropractic adjustments from Dr. Ronnie Bolar of Vital Life Chiropractic can remove these misalignments, reducing nerve interference and restoring communication once again between the brain and the body’s other systems.  Once misalignments are removed, the body can once again function as it should, reducing or even alleviating symptoms of IBS altogether.  Further proof that chiropractic really works is found in multiple case studies.  One such study looked at individuals with Crohn’s Disease and symptoms similar to IBS found that misalignments were present in almost every individual and do indeed lead to chronic digestion issues.  Chiropractic adjustments helped every single person in the study experience relief from painful digestion issues relate to Crohn’s Disease. Don’t let IBS control how you live life any longer. Instead, find relief with chiropractic care from Lithia Spring chiropractor Dr. Ronnie Bolar at Vital Life Chiropractic.